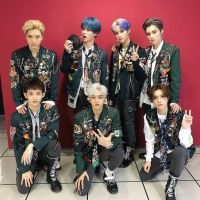 All For Love
Kick Back
WayV

Take Off
Take Off
WayV

Only Human
Awaken the World
WayV

Let Me Love You
Take Off
WayV

Moonwalk
Take Over The Moon
WayV

Face to Face
Take Over The Moon
WayV 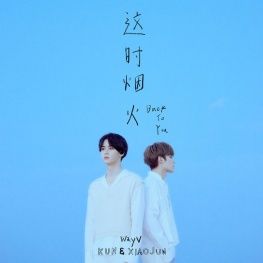 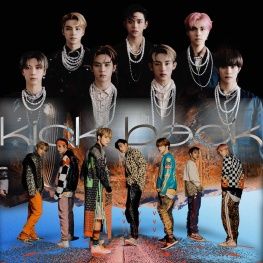 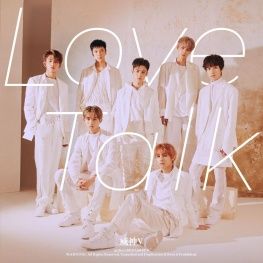 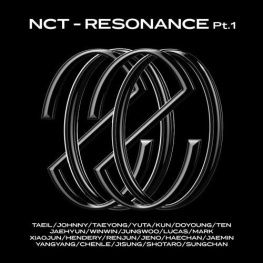 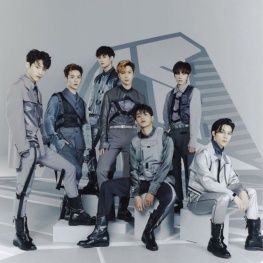 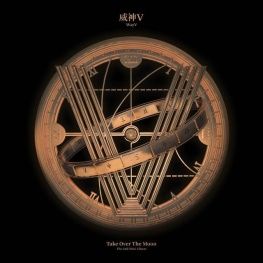 Take Over The Moon
45
WayV (Chinese: 威神V; pinyin: WēiShén V; an initialism for We are your Vision) is a Chinese boy band and the fourth overall sub-unit of the South Korean boy band NCT, managed by SM Entertainment's Chinese sub-label, Label V. The group is composed of seven members: Kun, Ten, Winwin, Lucas, Xiaojun, Hendery, and Yangyang. They debuted on January 17, 2019, with the digital extended play (EP) The Vision.

The group has earned several accolades from both national and international award ceremonies, including the Favorite Asian Artist at the 2020 Mnet Asian Music Awards and the Best Dance Performance (Chinese) at the Asian Pop Music Awards for their 2021 single "Kick Back".

2016–2018: Pre-debut activities and formation
Prior to joining SM Entertainment, some of the members were already involved in the entertainment industry. In 2011, Ten participated as a contestant in the Thai TV show Teen Superstar under the name TNT. Xiaojun was a singing contestant on Zhejiang TV's survival program X-Fire in November 2015.

In 2013, Ten was the first member to join the label through an SM Global audition in Bangkok, Thailand. In 2015, Lucas was cast through an SM Global Audition in Hong Kong; in July of the same year, Kun was cast in Beijing, China, and Winwin was street-cast at his school by an SM casting manager and passed the label's auditions. In February 2016, YangYang passed an audition in Taiwan. Hendery was street-cast in 2017, and Xiaojun was cast in 2018.

All seven members of WayV were originally part of SM Rookies, a pre-debut team of trainees under SM Entertainment. In 2014, Ten alongside some of his co-members, appeared on the Mnet-produced Exo 90:2014, a show starring labelmates Exo, where they performed to K-pop songs from the 1990s. In April 2016, Kun sang with NCT U in the Chinese version of "Without You" and joined them for the song's promotional stages. Winwin joined as dancer for NCT U's "The 7th Sense" at their first live performance in China at the 16th Music Feng Yun Bang Awards at the same month.

On January 28, 2016, SM founder and producer Lee Soo-man announced plans for a new boy group called NCT to be made up of several different units based in different cities around the world.

Ten debuted with the first unit, the rotational NCT U, on April 9, 2016. Although Kun sung the Chinese version of the NCT U song "Without You" in 2016, he was not considered a member until he and Lucas participated in NCT 2018, a project involving all members of NCT, and promotions of their album Empathy. Winwin debuted as part of the second unit, the Seoul-based NCT 127, on July 10, 2016. On August 13, 2018, SM announced their plan to launch a China-based unit under the project name NCT China.

The formation of WayV was announced through the group's official Weibo account on December 31. The seven members were to include four preexisting NCT members—Kun, Winwin, Ten and Lucas—along with three new members who had just been introduced through SM Rookies earlier that year—Hendery, Xiaojun, and Yangyang. The group was announced to be under SM Entertainment's new China-exclusive label, Label V.

The group was confirmed to be a sub-unit of NCT, although they were not promoted as such until the announcement of NCT 2020. Journalists have theorized that distancing WayV from the NCT label was a result of tense relations between China and South Korea. Despite this, SM CEO Chris Lee acknowledged WayV as NCT's China-based unit since their formation.

2019: Debut, Take Off and Take Over the Moon
On January 17, 2019, WayV debuted with their first digital EP The Vision with a Chinese version of NCT 127's "Regular" as the lead single. All three tracks of the EP placed within the top ten on Billboard World Digital Songs. The group debuted at number four on the Billboard Social 50, the best debut on the chart since XXXTentacion in June 2018.

WayV released their first EP Take Off with lead single with the same name on May 9. The EP peaked at number seven on the Billboard World Albums Chart and charted at number one on iTunes album chart in 30 regions. Meanwhile, the single debuted at number two on the QQ Music Weekly Popularity chart.

On October 29, WayV released their second EP, Take Over the Moon, with the title track "Moonwalk". Members Hendery and Yangyang participated in writing lyrics for the first time in the songs "King of Hearts" and "We Go Nanana". The group made their debut on the Billboard Heatseekers Albums and Korean Gaon Album Chart, ranking at number twenty-four and five, respectively. The group had their first comeback stage for the album on MBC Music's Show Champion on October 30, marking their first performance in South Korea. On November 5, the group released an English version of "Love Talk", which debuted and peaked at number three on the Billboard World Digital Song Sales. The song also marked the group's first entry on QQ Music Weekly Digital Sales Chart, ranking at number two. The repackaged version of the album, titled Take Over the Moon: Sequel, was released in 2020 and included the English version of "Love Talk" and the spoken track "WayV.oice #1" on the new track list. The group subsequently went on a promotional tour in China, South Korea, and Thailand.

2020: Awaken the World and NCT 2020
In 2020, WayV was the second group from SM Entertainment to hold a live online concert, jointly organized by SM Entertainment and Naver as part of the world's first online-dedicated live concert series, Beyond LIVE. The live concert, which was WayV first-ever concert and titled WayV - Beyond the Vision, was held on May 3. The group performed songs from their prior albums, as well as a mashup of "Turn Back Time" and "Bad Alive", two tracks on their first studio album Awaken the World that was set for release five weeks later on June 9, 2020.

Awaken the World was preceded by an online game designed for smartphones, challenging players to unlock teaser images of the individual members. Additionally, individual video teasers of the members were released across different platforms. Both the album's physical edition and the music video of its lead single "Turn Back Time" were released following a delay to remove potential issues with the outfits used in its promotional visual content. Upon its release, WayV earned their first top-three entry on Tencent Music's UNI Chart (previously known as Yo! Bang) and the Gaon Album Chart. The album also peaked at number nine on the Billboard World Albums chart, while "Turn Back Time" ranked at number twelve on the World Digital Song Sales chart. Awaken the World became the group's first release to chart on Japanese music charts, appearing on both Billboard Japan Hot Albums and Oricon Weekly Albums Chart. Subsequently, the group released a Korean version of "Turn Back Time" digitally with an accompanied similar music video. On July 29, an English version of the track "Bad Alive" was released as a digital single. The single ranked at number one on QQ Music's Daily Digital Sales chart and earned Gold certification within hours of its release. It peaked at number six on the platform's weekly chart.

WayV participated in NCT's project NCT 2020, which included members of WayV, the other NCT subunits, and two new members. The group released their album in two parts, with NCT 2020 Resonance Pt. 1 released in October and NCT 2020 Resonance Pt. 2 in November, marking WayV's first official promotion as an NCT subunit and Xiaojun, Hendery, and Yangyang's official induction as NCT members. For the album, WayV recorded the song "月之迷 (Nectar)", which debuted at number twelve on the UNI Chart. By the end of the year, WayV received international awards from Mnet Asian Music Awards and Asia Artist Awards and ranked third on the UNI Chart Top 10 Groups of 2020 based on their achievements on the local chart.

2021–present: Kick Back and Universe
On March 10, 2021, WayV released their third EP, Kick Back, with the lead single of the same name. Members Winwin and Lucas were absent during the promotion of the album given they were undergoing quarantine in China for solo schedules. The album became the group's first number one album on the Gaon Album Chart and eventually earned the group their first certification for selling more than 250,000 copies in South Korea. On June 23, WayV released a new song "Everytime" as part of the soundtrack album for Chinese drama Falling Into Your Smile.

WayV members participated in the promotion of NCT's third studio album Universe, released on December 14. The group recorded the English song "Miracle" for the album. Lucas and Winwin did not participate in the album, after Lucas had been suspended from any promotional activities and Winwin had established a personal studio in China.
with social network
with social network