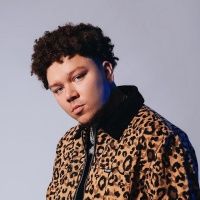 In February 2017, Phora announced signed a major label deal with Warner Bros. Records. So far, Phora has written and released eleven albums, majority of which relates to his past struggles with depression. These include Still a Kid, One Life to Live, Sincerely Yours, Nights Like These, Angels with Broken Wings, With Love, Heartbreak Hotel, and his debut album Yours Truly Forever. In 2018, he released a follow-up to his debut album, titled Love Is Hell. In July 2019, Phora left his record deal with Warner Bros. Records and subsequently released his new album with Emmanuel Mendoza Herrero entitled Bury Me with Dead Roses. In 2020, he released his fourth studio album, With Love 2.

Early life
Marco Archer was born in Anaheim, California. Before his career in music, he worked as a tattoo artist which proved to be relatively lucrative and aided in the funding of his rap career. In 2011, Marco was nearly stabbed to death in Anaheim, CA just outside of Trident Learning Center, now known as Gilbert High. He has survived a stabbing and two shootings. On August 25, 2015, while he was driving on the 210 freeway in Pasadena around 2 a.m., a gray Infiniti sedan pulled up alongside Archer, who was driving home with his then girlfriend, Destiny. Three bullets from a .45 caliber pistol were fired into his back and neck, narrowly missing his vertebra. The crime remains unsolved.