Lighthouse
Adventures in Your Own Backyard
Patrick Watson 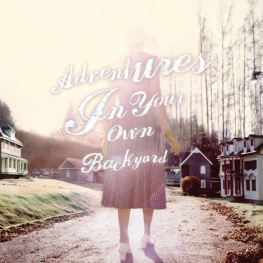 Adventures in Your Own Backyard
111 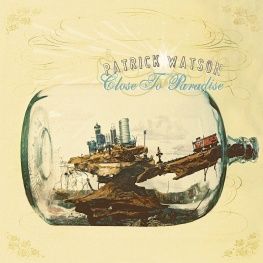 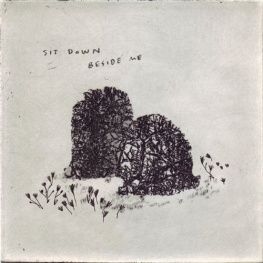 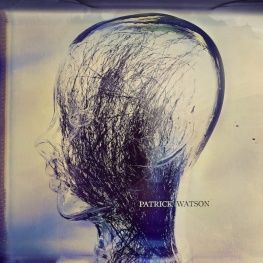 Wave
121
Patrick Watson (born October 8, 1979) is an American-born Canadian singer-songwriter from Montreal, Quebec. It also refers to the eponymous band formed by Watson, whose blend of cabaret pop and classical music influences with indie rock has been compared to Rufus Wainwright, Andrew Bird, Nick Drake, Jeff Buckley and Pink Floyd for its experimental musicianship. Patrick Watson's album Close to Paradise was awarded the Polaris Music Prize in 2007.

Born in Lancaster, California to Canadian parents and raised in Hudson, Quebec, Watson attended Lower Canada College. While living in Hudson, Watson worked as a pool and hot tub water analyst at Piscines et Spas Hudson. He began his musical career in high school as a member of a ska band called Gangster Politics. Patrick Watson studied music at Vanier College in Montreal.

Watson co-wrote and performed on several songs on The Cinematic Orchestra's 2007 album Ma Fleur including the opening track "To Build a Home". His "Missing Home" remix of Champion's "Guy Doune", from Champion's 2006 album The Remix Album, reached Number 1 on CBC Radio 3's R3-30 chart in early 2007.

Watson has toured with several artists, including John Cale, The Cinematic Orchestra, Cold War Kids, Amon Tobin, The Dears, Feist and James Brown. He was Starbucks "Pick of the week" free download in September 2009 and then again in June 2015.

After creating music and releasing albums in various styles, Watson formed a group with guitarist Simon Angell, percussionist Robbie Kuster, and bassist Mishka Stein. The band has performed with artists like James Brown, The Dears, Philip Glass and The Stills.

In an interview, Watson said regarding his band:

So we as a band are called Patrick Watson. How it started was that originally, some years ago, we were asked to do some music to accompany a book of photography. Having built a CD to go with all these images we thought it would be fun to do it live and it worked really well and people freaked. We didn't really think we were gonna be a band at that point but over a period of five or six years we got to a point where it became very difficult to change the name. It was difficult to find a name that suited us especially as we had such an eclectic music style. The second album was a kind of middle point, and now here we are at this third album which is much more song orientated.

The band received a nomination for New Artist of the Year at the 2007 Juno Awards. In the same year, Watson and Caroline Dhavernas received a Genie Award nomination for Best Original Song at the 27th Genie Awards in 2007, for the song "Trace-moi" from the film The Beautiful Beast (La Belle bête).

On July 10, 2007, Close to Paradise made the shortlist for the 2007 Polaris Music Prize. It was announced as the winning album on September 24. Their 2009 album Wooden Arms was a finalist for the 2009 prize.

The band is well known for using unusual objects to make sounds in their music; for example, Watson "played" a bicycle in the studio for the song "Beijing". and percussionist Robbie Kuster used two spoons to create a tremolo picking effect on an acoustic guitar in the opening of "Man Like You".

After several years of touring internationally—including shows in regions as distant as Beijing with Split Works in 2010, the group returned to Montreal in 2011 to record their fourth studio album, Adventures in Your Own Backyard, which was released internationally in April 2012. The album marks a subtle shift in the band's style to a simpler and less experimental sound, described by one critic as "a dreamy bath of chamber-pop and fancy cabaret, less clacky without the kitchen-utensil or bike-wheel percussion of Wooden Arms and slightly more grounded than Close to Paradise". Prior to the album's release, the band performed at South by Southwest in Austin, Texas, where they were named by Rolling Stone magazine as one of the 25 "can't-miss acts" of the festival. The band toured in support of the new album from April to July 2012.

In September 2013, Watson created a T-shirt for the Yellow Bird Project to raise money for Cape Farewell, an organization which aims to instigate cultural awareness of climate change.

Wave, the band's sixth album, was released on October 18, 2019. This album marked a departure of the band's longtime percussionist Robbie Kuster. Kuster, along with bassist Mishka Stein, created a new musical act, Black Legary. They also are part of another new act, Colonel Sun.
with social network
with social network