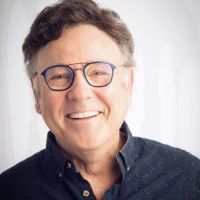 Let Me In
Michael Mclean
The Forgotten Carols
41
Michael H. McLean (born 1952) is an American songwriter, playwright, author, and filmmaker based in Heber City, Utah.

Early life
McLean attended high school in the Chicago area, where he served as student body president and performed in the school's production of The Music Man. He is a member of the Church of Jesus Christ of Latter-day Saints (LDS Church) and was the only Latter-day Saint in his graduating class.

McLean served an LDS mission in South Africa. After returning from his mission he formed a band. They went around at the bottom of the club circuit, but never made a break. While a student at Brigham Young University (BYU) he took a music theory class in which he received a C and was told that he did not have what it would take to make it in music professionally.

After this McLean went to the University of Utah. He took a weekly composition class with Merrill Bradshaw. He made some professional progress writing music for local commercials in Salt Lake City.

McLean finally quit college after his wife, Lynne, was in an auto accident. His first significant professional break through came from writing commercials for the LDS Church's "Homefront" campaign. He took a job as producer for the Mormon Tabernacle Choir in 1976. McLean would work with the Choir until 1993.

Career
As a composer, McLean has produced more than 20 albums of original music, selling over one million copies since his 1983 debut. Focused mainly on a Latter-day Saint audience, McLean has also produced albums with a broader appeal, such as The Forgotten Carols. McLean's most recent musical releases have been through Shadow Mountain Records, with The Forgotten Carols on a separate Deseret Book label.

McLean authored a book in conjunction with The Forgotten Carols and enjoys continued success from that work via annual, regional tours of a stage adaptation during the Christmas season. He has also authored other books.

In 1986, McLean began work on a musical called The Ark, in collaboration with BYU professor Kevin Kelly, which originally debuted at the Plum Alley Theatre. In 2000, the musical participated in the Festivals of New Musicals in New York City. The play was later produced off-Broadway in New York City by Erik Orton, with the first performance in November 2005.

In the early 1980s, McLean convinced legendary actor Jimmy Stewart to work with him at a reduced rate in a made-for-TV film entitled Mr. Krueger's Christmas. McLean later worked with other notable actors in various writing, directing, and producing projects, including Academy Award winner Celeste Holm.
with social network
with social network