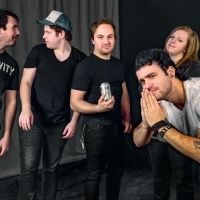 I Have Seen Everything
Make Believes

Compulsion Games and the audio division of Signal Space Lab collaborated on bringing together some of Canada's most prominent names in the Montreal music scene to create The Make Believes.

During recording, around late 2015 to April 2016, they kept to an analogue sound, along with vintage pre-amps and instruments. The lyric were created after being informed of the game world and the people inhabiting it.