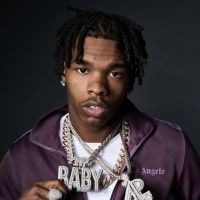 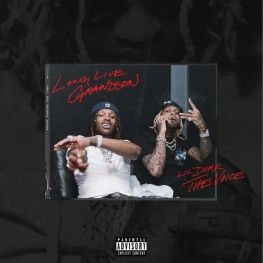 Voice of the Heroes
21
Dominique Armani Jones (born December 3, 1994), known professionally as Lil Baby, is an American rapper. He rose to mainstream fame in 2017 following the release of his mixtape Perfect Timing.

Lil Baby has received one Grammy Award and one BET Award. He was crowned the biggest all-genre Artist of the Year at the Apple Music Awards 2020.

Early life
Jones was born in Atlanta, Georgia in the Oakland City neighborhood. He was two years old when his father left the family, leaving his mother to raise him and his two sisters. He dropped out of Booker T. Washington High School in ninth grade and committed to drug dealing.

2015–2018: Career beginnings and Harder Than Ever
At age seventeen, Lil Baby was a regular presence in the studio of Atlanta-based Quality Control Records as a drug dealer, until label founder Kevin "Coach K" Lee encouraged him to become a rapper, as he felt Baby had "the swag... the lingo, respect around the city". Fellow rappers Young Thug and Gunna served as Baby's mentors in developing his style. He eventually released his first mixtape, Perfect Timing, in April 2017 with appearances from Young Thug and Lil Yachty. Another mixtape, Harder Than Hard, followed three months later; and in October released his third mixtape in six months, 2 The Hard Way, a collaboration with friend and fellow Atlanta rapper Marlo. A fourth mixtape, Too Hard, was released in December, led by his hit single "Freestyle" and accompanying music video. It was certified gold by the RIAA in February 2020.

Lil Baby formed his own label, 4 Pockets Full (initialized 4PF) in 2017. Rappers 42 Dugg and Rylo Rodriguez are signed to the label.

After Lil Baby released Harder Than Ever, he released the collaborative mixtape Drip Harder with Gunna on October 5, 2018. The lead single, "Drip Too Hard" went on to become certified Diamond by the RIAA and 4× Platinum by Music Canada. The song peaked at number 4 on the Billboard Hot 100 and was nominated for Best Rap/Sung Performance at the 62nd Annual Grammy Awards. The mixtape was released under the labels Quality Control, YSL Records and Motown/Capitol.

In September 2018, Baby appeared on the Adult Swim television series FishCenter Live. In November 2018, he released his mixtape Street Gossip. In December 2018, Baby collaborated with Yung Gravy on the latter's single, "Alley Oop".

On November 8, 2019, Baby released his single "Woah" as the lead single for his second studio album My Turn. The song peaked at number 15 on the Billboard Hot 100. Baby was featured on YouTuber KSI's track "Down Like That" with Rick Ross and British producer S-X, and performed it for KSL's 2018 boxing match against Logan Paul. On November 15, 2019, Baby released a song from the film Queen & Slim titled "Catch the Sun", which subsequently appeared on My Turn.

2020–present: My Turn and The Voice of the Heroes

On January 10, 2020, Lil Baby released the second single, "Sum 2 Prove", for his album, and it reached number 16 on the Hot 100. The album, My Turn, was released on February 28, 2020, and debuted at number one on the US Billboard 200. It features guest appearances from Gunna, 42 Dugg, Future, Lil Uzi Vert, Lil Wayne, Moneybagg Yo, Young Thug and Rylo Rodriguez. My Turn produced 12 songs that appeared the Billboard Hot 100 chart, giving him a career total of 47 songs on the chart, tying him with Prince and Paul McCartney. Following the release of the album's deluxe version on May 1, My Turn returned to the top spot on the Billboard 200. On June 12, 2020, Lil Baby released the political track "The Bigger Picture", amid the George Floyd protests. The song also debuted at number three on the Billboard Hot 100, becoming Lil Baby's highest-charting song as a lead artist. His song "We Paid" featuring 42 Dugg from the My Turn deluxe also peaked in the top 10 of the Hot 100. In July 2020, Lil Baby was featured on Pop Smoke's "For the Night", from his posthumous debut album, Shoot for the Stars, Aim for the Moon. The track reached number six on the Hot 100. In September 2020, My Turn became the first album of the year to be certified double platinum by the RIAA. "The Bigger Picture" received two nominations at the 63rd Annual Grammy Awards: Best Rap Performance and Best Rap Song.

On March 14, 2021, Lil Baby performed "The Bigger Picture" at the Grammy Awards in 2021 to mostly positive reviews. The following day, another collaboration with Drake, "Wants and Needs", debuted at number two on the Hot 100. Passing a previous peak and debut with "The Bigger Picture" for Jones, becoming his highest-charting song overall.

On June 4, 2021, Lil Baby released his collaborative studio album with Lil Durk, The Voice of the Heroes. The album debuted at number one on the Billboard 200.

On February 4, 2022, "Do We Have a Problem?" – a collaboration with Nicki Minaj– was released, along with a music video starring the two. On March 2, 2022, Lil Baby was announced as one of the headliners for J. Cole's Dreamville 2022 Music Festival.

Lil Baby is the subject of the documentary film Untrapped: The Story of Lil Baby, directed by Karam Gill, which premiered at the Tribeca Film Festival on June 11, 2022.

Personal life
Jones has a son from a previous relationship with former girlfriend Ayesha. He later dated model and entrepreneur Jayda Cheaves. She appeared in the music video for his song "Close Friends". On February 18, 2019, Cheaves gave birth to their son.

In May 2021, Jones visited the White House along with the family of George Floyd on the anniversary of Floyd's murder.

On July 7, 2021, after attending Paris Fashion Week events with basketball player James Harden, Jones was arrested on a drug charge by police in the 8th arrondissement of Paris. Harden was stopped but not detained, and both men were soon released.
with social network
with social network