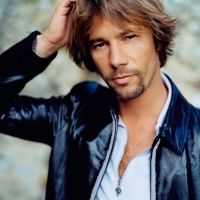 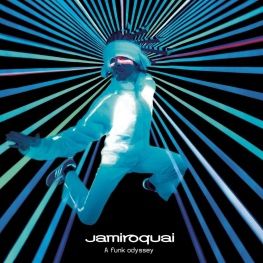 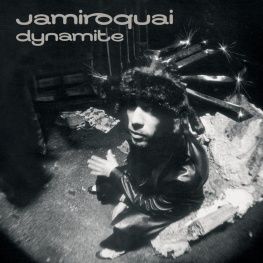 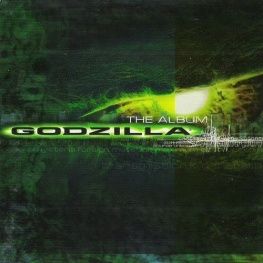 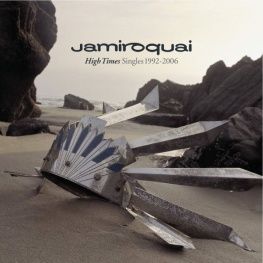 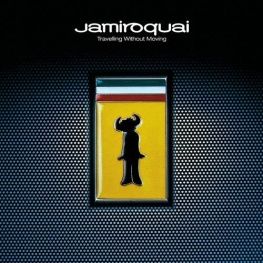 Travelling Without Moving
33
Jamiroquai (/dʒəˈmɪrəkwaɪ/ (listen)) are an English funk and acid jazz band from London. Formed in 1992, they are fronted by vocalist Jay Kay, and were prominent in the London-based funk and acid jazz movement of the 1990s. They built on their acid jazz sound in their early releases and later drew from rock, disco, electronic and Latin music genres. Lyrically, the group has addressed social and environmental justice. Kay has remained as the only original member through several line-up changes.

The band made their debut under Acid Jazz Records, but subsequently found mainstream success under Sony. While under this label, three of their albums have charted at number one in the UK, including Emergency on Planet Earth (1993), Synkronized (1999) and A Funk Odyssey (2001). The band's 1998 single, "Deeper Underground", was also number one in their native country.

As of 2017, Jamiroquai had sold more than 26 million albums worldwide. Their third album, Travelling Without Moving (1996), received a Guinness World Record as the best-selling funk album in history. The music video for its lead single, "Virtual Insanity", also contributed to the band's success. The song was named Video of the Year at the 1997 MTV Video Music Awards and earned the band a Grammy Award in 1998.

Jay Kay was sending songs to record companies, including a hip-hop single released in 1986 under the label StreetSounds. During this time, Kay was influenced by Native American and First Nation peoples and their philosophies; this led to the creation of "When You Gonna Learn", a song covering social issues. After he had it recorded, Kay fought with his producer, who took out half of the lyrics and produced the song based on what was charting at the time. With the track restored to his preference, the experience helped Kay realise he "wanted a proper live band with a proper live sound". The band would be named "Jamiroquai", a portmanteau of the words "jam" and the name of a Native American confederacy, the Iroquois. He was signed to Acid Jazz Records in 1991 after he sent a demo tape of himself covering a song by the Brand New Heavies. Kay gradually gathered band members, including Wallis Buchanan, who played the didgeridoo. Kay's manager scouted keyboardist Toby Smith, who joined the group as Kay's songwriting partner. In 1992, Jamiroquai began their career by performing in the British club scene. They released "When You Gonna Learn" as their debut single, charting outside the UK Top 50 on its initial release. In the following year, Stuart Zender became the band's bassist by audition.

After the success of "When You Gonna Learn", the band were offered major-label contracts. Kay signed a one-million-dollar, eight-album record deal with Sony Soho2. He was the only member under contract, but he would share his royalties with his band members in accordance to their contributions as musicians. Their label for US releases would be under the Work Group. The band released their debut album, Emergency on Planet Earth, where it entered the UK albums chart at number 1. Kevin L. Carter of The Philadelphia Inquirer commented that the album "is full of upbeat, multi-hued pop tunes based heavily in acid jazz, '70s fusion, funk and soul, reggae and world music". With it, the band would continue to build upon their acid-jazz sounds in the following years. The album's ecologically charged concept gave Kay press coverage, although Mark Jenkins of The Washington Post found the record's sloganeering "as crude as the music is slick".

1994–2000: The Return of the Space Cowboy–Synkronized
The band's original drummer, Nick van Gelder, failed to return from holiday and was replaced by Derrick McKenzie, who recorded with the group in one take for his audition. They issued their second album, The Return of the Space Cowboy, in 1994, and it ranked at number 2 in the UK chart. During its recording, Kay was in a creative block, worsened by his increasing drug use at the time; which resulted in its complex songwriting. However, the record was said to have "capture[ed] this first phase of Jamiroquai at their very best", according to Daryl Easlea of BBC Music. Josef Woodard from Entertainment Weekly wrote that its "syncopated grooves and horn-lined riffs" were "played by humans, not samplers".

Released in 1996, Travelling Without Moving reached number 24 in the Billboard 200 and number 2 in the UK albums chart. With 8 million copies sold worldwide, since 2001 it has been listed in the Guinness World Records as the best-selling funk album in history. The album's lead single, "Virtual Insanity", gained popularity for its music video, which was heavily played on MTV. Containing symphonic and jungle elements, Kay aimed for a more accessible sound. Ted Kessler of NME saw Travelling Without Moving as an improvement from previous albums, while critic Stephen Thomas Erlewine commented that it did not have "uniform consistenc[ies]" in comparison.

While the group were preparing their fourth album, Synkronized (1999), Zender left Jamiroquai due to internal conflicts with Kay. While Zender had not been involved in the album's songwriting, the group chose to scrap his recorded tracks to avoid lawsuits, and Nick Fyffe was recruited for new sessions. This resulted in what was thought to be both a "tighter, more angry collection of songs" for Synkronized, and a change of musical direction from "creating propulsive collections of looooong [sic] tunes, [and] speaking out against injustice". Some of the album's tracks, including "Canned Heat", display a hi-NRG and house style, while slower tempos on others were said to "ease the pressure for [Kay's] more romantic musings". The album reached number 1 in the UK albums chart and number 28 in the US Billboard 200. A year prior to Synkronized, "Deeper Underground" was released as a single for the Godzilla soundtrack and reached number one in the UK singles chart.

2001–2016: A Funk Odyssey–Rock Dust Light Star
The group issued their follow-up, A Funk Odyssey, a disco record exploring Latin music influences, in 2001. It introduced guitarist Rob Harris, whose playing in the album "melts seductively into a mix that occasionally incorporates lavish orchestration", according to Jim Abbot of Orlando Sentinel. Slant Magazine's Sal Cinquemani claimed: "Like its predecessors, Odyssey mixes self-samplage with Jamiroquai’s now-signature robo-funk." The album topped the chart in the UK. In the US, under Epic Records, it reached number 44 in the US Billboard 200. It was the last album to feature Smith, who left the band in the following year to spend more time with his family.

Their sixth album, Dynamite, was released in 2005 and reached number 3 in the UK; Rashod D. Ollison of The Baltimore Sun said the album "boasts a harder digital edge... With heavier beats, manipulated guitar lines and odd digital textures, Dynamite is less organic than Jamiroquai's other efforts". Its tracks "Feels Just Like It Should" and "Love Blind" were characterised as "[having] a fatter, dirtier sound than usual". In 2006, Kay's contract with Sony ended, which led to the issue of the band's greatest hits collection, High Times: Singles 1992–2006. It charted at number one in the UK after its first week of release. The following year, Jamiroquai performed at the Gig in the Sky, a concert held on a private Boeing 757 in association with Sony Ericsson. The band thus currently hold the Guinness World Record for "fastest concert", performed on the aircraft whilst travelling at 1,017 km/h (632 mph).

Rock Dust Light Star was released in 2010 under Mercury Records, where it charted at number 7 in the UK. Kay considered the album as "a real band record" that "capture[s] the flow of our live performances". Critics have seen this as a return to their organic funk and soul style, as it forgoes "the electro textures that followed the band into the new millennium", according to Luke Winkie of MusicOMH. It also has a sound Thomas H. Green of The Telegraph described as "Californian Seventies funk rock".

2017–present: Automaton
Jamiroquai released their 2017 album, Automaton, through Virgin EMI. It was their eighth studio album and the first in seven years, reaching number 4 in the UK. It was produced by Kay and band keyboardist Matt Johnson, and it "carefully balance[s] their signature sound with… EDM, soul and trap sounds", according to Ryan Patrick of Exclaim!. Craig Jenkins of Vulture writes: "Arrangements that used to spill out over horn, flute, didgeridoo, and string accompaniments now lean closer to French house". By 2018, the group's line-up consisted of Kay, Harris, McKenzie, Johnson, Paul Turner on bass guitar, and percussionist Sola Akingbola.
with social network
with social network