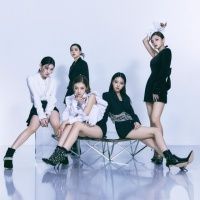 Mafia in the Morning
Guess Who
ITZY

Not Shy
Crazy in Love
ITZY

Be In Love
Crazy in Love
ITZY 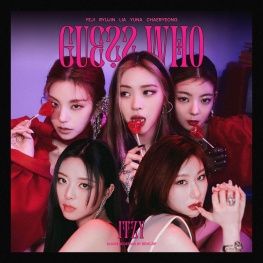 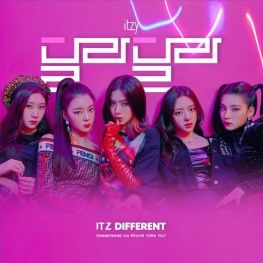 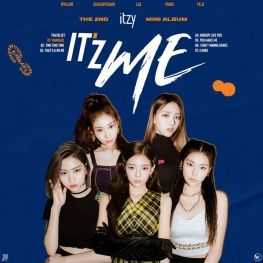 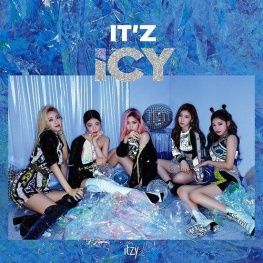 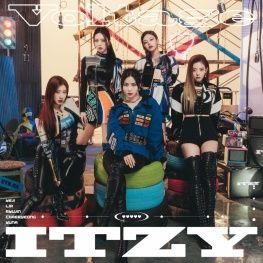 Voltage
43
Itzy (stylized in all caps; Korean: 있지; RR: Itji; MR: Itchi) is a South Korean girl group formed by JYP Entertainment and consisting of members Yeji, Lia, Ryujin, Chaeryeong, and Yuna. They debuted on February 12, 2019, with the release of their single album It'z Different. Their accolades include Rookie of the Year at the 34th Golden Disc Awards, New Artist of the Year at the 9th Gaon Chart Music Awards and 2019 Melon Music Awards, Best New Female Artist at the 2019 Mnet Asian Music Awards, and the New Artist Award at the 29th Seoul Music Awards; they are the first K-pop girl group to achieve such a "Rookie Grand Slam".

2015–2019: Pre-debut activities
After failing to pass auditions held by Fantagio, Chaeryeong was cast by JYP Entertainment (JYP) through the K-pop Star 3 television series, along with her sister. In 2015, Chaeryeong participated in JYP's survival show Sixteen but did not make the final lineup of the winning girl group, Twice. The first member of Itzy to join JYP, Chaeryeong trained for five years. Ryujin was scouted at a Got7 concert and trained with JYP for four years prior to Itzy's debut. Both Yuna and Yeji joined JYP in 2015 and trained for three years, Yuna after being discovered by company staff and Yeji having successfully auditioned. The final member Lia initially auditioned for SM Entertainment and passed but was forced to back out at the last minute due to a disagreement with her parents. Several years later, Lia passed JYP auditions and trained for two years.

In 2017, Yuna and Ryujin appeared in BTS's "Love Yourself" Highlight Reel. The same year, the members (except for Lia) appeared on the Mnet reality show Stray Kids as a project group alongside the boy group that would eventually be named Stray Kids.

In 2017, Ryujin competed on JTBC's survival show Mix Nine. She placed first among the female contestants but lost to the male contestants overall. Meanwhile, Yeji participated in SBS' The Fan but was eliminated in the fifth episode.

On January 21, JYP announced that they would be debuting a new girl group, its first since Twice in 2015 and its first overall idol group since Stray Kids in 2017. The label's official YouTube channel uploaded a video trailer revealing the five members.

On February 12, the group released their debut single album, It'z Different, led by the single "Dalla Dalla". The song incorporated elements from EDM sub-genres such as future house and bass house, and its empowering lyrics were well received by audiences. The group scored one of the biggest Billboard debuts for a new K-pop act in years, with "Dalla Dalla" entering at number three and peaking at number two on the World Digital Song Sales chart. The shape-shifting confidence anthem sold 2,000 downloads in the United States in the week ending February 14, according to Nielsen Music, making it the best-selling K-pop song in the country that week. "Want It?" was released alongside "Dalla Dalla" and debuted at number eight, selling 1,000 downloads. "Dalla Dalla" also debuted as the second most popular song on YouTube.

Billboard confirmed that the music video surpassed 17.1 million views within 24 hours of its release and broke the record for the most viewed K-pop debut music video within 24 hours. On February 21, eight days after their debut, Itzy received their first music show win on M Countdown, breaking the record for the fastest time for a girl group to achieve their first music show win. The song went on to win on music shows nine times, and its music video became the fastest K-pop debut music video to reach 100 million views on YouTube at the time.

Itzy's first extended play (EP), It'z Icy, was released on July 29, along with a music video for lead single "Icy". Commercially, the EP was a success, peaking at number three on the Gaon Album Chart. "Icy" continued the group's success on music shows, earning 12 wins, including a triple crown on Show Champion. On September 22, JYP announced Itzy's showcase tour, the Itzy Premiere Showcase Tour "Itzy? Itzy!". The tour opened in Jakarta on November 2 and visited different cities in Asia throughout the end of 2019 and the US for five shows in January 2020.

In November 2019, "Dalla Dalla" surpassed 100 million streams on Gaon Music Chart, earning the group their first platinum certification. It was the first debut song by a K-pop group to earn a platinum certification from the Korea Music Content Association (KMCA) since the introduction of certifications in April 2018. The single ranked eighth on the list of "The 20 Best K-pop Songs of 2019" compiled by Dazed, which described the group as having kept "a steady hand on the rudder using the fun touches even with the visual and sonic chaos going on around" and "the ones to give K-pop a fresh boot up". The music videos for "Dalla Dalla" and "Icy" placed on the list of South Korea's most popular music video on YouTube at numbers two and seven, respectively. At the end of the year, Itzy won several Best New Female Artist awards, including at the 2019 Melon Music Awards and the 2019 Mnet Asian Music Awards.

2020: US showcase tour and continued commercial success
Itzy began the year with the US leg of their showcase tour. Their first show was on January 17 in Los Angeles.

On March 9, Itzy released their second EP, It'z Me, and its lead single "Wannabe". Featuring production from Sophie and Oliver Heldens, the EP saw the group experiment with EDM sounds while continuing to explore lyrical themes of freedom, self-confidence, and individuality. It'z Me debuted at number one on South Korea's Gaon Album Chart, making it the group's first number one album in the country. It also debuted at number five on the Billboard World Albums chart, their highest position on the chart at the time. The group went on to achieve eight music show wins with "Wannabe".

On August 17, Itzy released Not Shy, their third EP, as well as the music video for the lead single of the same name. Although it featured Itzy's signature "teen crush" pop sound, the album marked a lyrical shift as the group transitioned from singing about "themes of independence and self-love" to "tipping their toes into the waters of singing about love". The EP debuted at number one on the Gaon Album Chart with sales of over 219,048 units, their second release to top the chart. Itzy promoted "Not Shy" on music shows, achieving five wins.

2021: Guess Who, Japanese debut, and first studio album Crazy in Love
On March 20, Itzy released the digital single "Trust Me (Midzy)", a song dedicated to their fans, as part of their first global livestream event.

On April 30, Itzy released their fourth EP Guess Who and its lead single "In the Morning". the song debuted and peaked at number 22 on the Global Excl. U.S. chart and also at number 34 on the Global 200 chart, becoming their highest entry on both. The EP entered the US Billboard 200 at number 148, making it their first appearance on the chart. Later that year the EP was certified as Platinum in Korea by Korea Music Content Association (KMCA). The English version of "In the Morning" was released on May 14.

On September 1, it was announced that Itzy would be making their Japanese debut under Warner Japan with the EP What'z Itzy.

On September 24, Itzy released their first studio album Crazy in Love and its lead single "Loco". The album debuted at number 11 on the Billboard 200, a new career high. In November 2021, Crazy in Love was certified Platinum by the Korea Music Content Association for selling over 250,000 copies. In February 2022, it was certified 2× Platinum for selling over 500,000 copies.

2022: Japanese single "Voltage" and Checkmate
On February 10, it was reported by Billboard that Republic Records and JYP Entertainment added Itzy to their strategic partnership, which initially only included Twice.

On July 15, Itzy released their fifth EP Checkmate and its lead single "Sneakers". It was also announced that they will hold their first world tour titled "Checkmate" with the first shows in Seoul on August 6 and 7.

On April 31, 2021, Maybelline New York announced that they selected ITZY as their new global spoke-models. The first Korean and musician muse chosen as such by Maybelline New York. On March 2022, they were selected as part of 'Adidas Members Week' to promote the "special event" for consumers at the Adidas Hongdae Center.