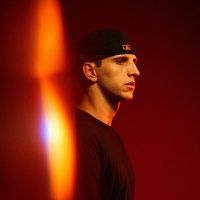 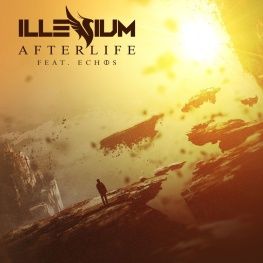 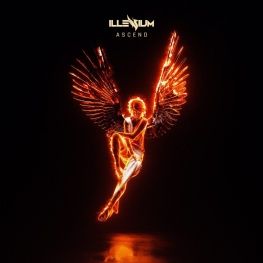 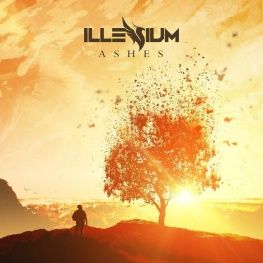 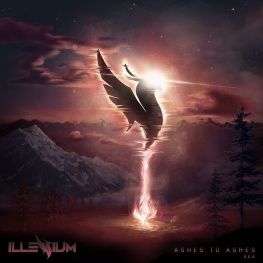 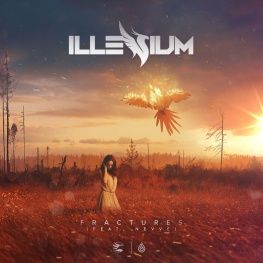 Fractures
39
Nicholas Daniel Miller (born December 26, 1990), professionally known as Illenium, is an American DJ, record producer, and songwriter. He has released four studio albums, his most recent being Fallen Embers, released in July 2021. It earned Illenium his first Grammy nomination. One of Illenium's more notable albums, Ascend, was released in August 2019 on Astralwerks. The album was Illenium's first to top the Billboard Dance/Electronic Albums chart and also reached his highest peak on the Billboard 200 at number 14.

Several of Illenium's songs have appeared on the Billboard Hot Dance/Electronic Songs chart, including two singles in 2019 that peaked at number 3: "Good Things Fall Apart" with Jon Bellion and "Takeaway" with the Chainsmokers (featuring Lennon Stella). Illenium has also worked on numerous notable remixes, including those for the Chainsmokers' "Don't Let Me Down" and Flume's "Say It", the latter of which won the award for "Remix of the Year" at the inaugural Electronic Music Awards in 2017. He was included in the Forbes 30 Under 30 music list in 2020.

Early life and education
Nicholas Daniel Miller was born in Downers Grove, Illinois on December 26, 1990. He lived in Seattle and France, eventually settling with his parents in San Francisco, where he would attend St. Ignatius College Preparatory.

In 2008, Miller began producing electronic music. In the summer of 2012, he saw Bassnectar perform at Red Rocks Amphitheatre and decided to focus more earnestly on music. In 2013, Miller moved to Denver, where he continues to reside. He also attended the University of Colorado Denver. During this period he completed his first EP. He also coached lacrosse at Aspen Highschool and delivered sushi to support himself.

Career
2013–2015: Early career, two EPs, and collaborations
Illenium released his first self-titled EP in May 2013 on Prep School Recordings. That year, he also released a remix of Florence and the Machine's "Over the Love". In January 2014, he independently released his follow-up EP, Risen, which contained the song "Drop Our Hearts" featuring Sirma He also continued releasing remixes, including those for Lana Del Rey's "Flipside" and Odesza's "Always This Late".

In 2015, Illenium released several singles, including "Chosen You", "Painted White" (with Said the Sky and Christina Soto), and "I'll Be Your Reason" (featuring Eden). The latter song was released on Skrillex's Nest HQ platform. Illenium's remixes that year included those for Galantis' "Gold Dust", Kill Paris' "Operate" featuring Royal, and Kaskade's "Disarm You" (featuring Ilsey).

2016: Ashes and notable remixes
In February 2016, Illenium released his debut studio album, Ashes, as a free download on Seeking Blue Records and his own recently established imprint, Kasaya Records. The album featured 10 songs (12 on the bonus version) including "Reverie" (featuring King Deco), "With You" (featuring Quinn XCII), and "Fortress" (featuring Joni Fatora). The album peaked at number 6 on the Billboard Top Dance/Electronic Albums chart and at number 19 on the Heatseekers Albums chart. An album of Ashes remixes was released in December 2016, at which time Illenium embarked on the "Ashes Tour" in select cities across the United States.

Illenium also released two notable remixes in 2016: The Chainsmokers' "Don't Let Me Down" and Flume's "Say It" (featuring Tove Lo). His remix of "Don't Let Me Down" premiered in March 2016. Although the release was initially unofficial, it was later included in The Chainsmokers' official remix collection. By the end of the year, the song had accumulated over 60 million streams on SoundCloud and was still the most played remix on the platform in 2018 with over 101 million streams. Illenium's remix of "Say It" was released in September 2016. That remix would go on to win the award for "Remix of the Year" at the first Electronic Music Awards in September 2017. In October 2016, Illenium also released a collaboration with Said the Sky and Seven Lions entitled "Rush Over Me" (featuring Haliene). That song charted at number 50 on the Billboard Hot Dance/Electronic Songs chart.

2017–2018: Awake and numerous appearances on Billboard charts
In February 2017, Illenium released the song "Fractures" featuring Nevve. He followed that with the collaborative single, "Feel Good", with Gryffin and featuring Daya in March 2017. Both songs charted on the Hot Dance/Electronic Songs chart (at number 42 and 17, respectively). In July 2017, Illenium collaborated with EDM duo, Zeds Dead, to produce the track "Where The Wild Things Are". The following month, he released the single, "Crawl Outta Love" featuring Annika Wells. The song would peak at number 35 on the Hot Dance/Electronic Songs chart and also won Illenium (and his writing partners) the top prize of the International Songwriting Competition the following year.

In September 2017, Illenium released his sophomore album, Awake, on Seeking Blue Records and Kasaya Records. The album featured 13 tracks including the aforementioned "Fractures", "Feel Good", and "Crawl Outta Love". It became Illenium's first album to chart on the Billboard 200, peaking at number 106. It also peaked at number 3 on the Top Dance/Electronic Albums chart. Beginning in November 2017, Illenium embarked on the "Awake Tour" across the country in support of the album. Throughout the tour, he was joined on stage by frequent collaborators Said the Sky and Dabin. In December 2017, an EP of official Awake piano covers was released, and, in June 2018, an album of Awake remixes dropped.

In 2018, Illenium released three collaborations that charted on the Hot Dance/Electronic Songs chart: "Don't Give Up on Me" with Kill the Noise and Mako at number 35, "Gold (Stupid Love)" with Excision and Shallows at number 19, and "God Damnit" with Call Me Karizma at number 33. He also released a remix of Halsey's "Without Me" in November 2018. That remix won the award for "Best Remix" at the International Dance Music Awards in March 2019.

2019: Continued collaborations and Ascend
In January 2019, Illenium collaborated with electronic music duo, Bahari, on the track "Crashing". He followed that with a March 2019 collaboration with Kameron Alexander on the track "Pray". On March 31, 2019, EDM duo, The Chainsmokers, debuted a collaboration with Illenium ("Takeaway") during their set at the Ultra Music Festival. In May 2019, Illenium released a track with Jon Bellion called "Good Things Fall Apart". As of September 2019, both singles maintain Illenium's highest placement on the Hot Dance/Electronic Songs chart at number 3.

Later in May 2019, Illenium and Ekali debuted a collaborative track ("Hard to Say Goodbye") during a set at the Electric Daisy Carnival in Las Vegas. In June 2019, Illenium announced that his upcoming album, Ascend, would be released on August 16 through Astralwerks. He also announced a 30-city North American tour in support of the album. On July 24, 2019, after many months of playing at festivals, his collaboration with The Chainsmokers and Lennon Stella titled "Takeaway," along with the official music video, were officially released. The video garnered over 6 million views in the first 3 days after its release. "Takeaway" also quickly entered the top 10 on the US iTunes Sales Chart. On August 16, 2019, Illenium released his third studio album, Ascend, on Astralwerks. The album consists of 17 tracks, including the aforementioned "Take You Down", "Crashing," "Pray," "Good Things Fall Apart," and "Takeaway." The album became his first to reach number one on the Billboard Top Dance/Electronic Albums chart and also reached his highest peak on the Billboard 200 at number 14. In December 2019, Illenium was named in the Forbes 30 Under 30 2020 Music list.

2020–present: Fallen Embers
In the early months of 2020, Illenium released his second collaboration with Excision called "Feel Something", featuring I Prevail.

In late August, Illenium announced his debut at a new music label, 12Tone, and released his first single with the label a few weeks later, titled "Nightlight", the lead single from his upcoming fourth studio album Fallen Embers. In late October, Illenium released his second song on the 12Tone label called "Paper Thin" with Tom DeLonge and his band, Angels & Airwaves. On Christmas Day, Illenium released "Hearts On Fire" as part of a collaboration with Dabin.

During Said the Sky's set on May 29, 2021, at the Sunset Music Festival, Trevor Christensen debuted a new collaboration between him and Illenium called "Crazy Times" with vocals from Tim James (who also provided vocals for "Take You Down"). It was later confirmed by Illenium on Twitter that the song was the final product of a live stream he and Trevor conducted in 2020, and that it would appear on Fallen Embers.

On July 3, Illenium performed Trilogy at the Allegiant Stadium in Las Vegas as the venue's inaugural music concert, and online live with sets from his first three primary albums – Ashes, Awake, Ascend, and a preview of his fourth album, Fallen Embers, which he played four unreleased songs from the album.

On July 16, Illenium released his fourth album, Fallen Embers, with 14 songs, including the aforementioned singles "Nightlight", "Paper Thin", "Hearts on Fire", "First Time", "Sideways", "Heavenly Side". A remix of "Blame Myself" produced with Virtual Riot was released as part of the deluxe version of Fallen Embers on October 22, alongside several other unreleased collaborations. The album garnered Illenium his first Grammy Award nomination, in the category Best Dance/Electronic Album. It also has over 400 million streams on Spotify as of December 2021.

Personal life
In 2012, Illenium suffered a heroin overdose; which he publicly talked about in 2018 and on his song "Take You Down", also released in 2018. During his Ember Shores festival in December 2021, Illenium attracted criticism for playing a Bassnectar song as the latter was accused of sexual abuse in July 2020. Illenium subsequently issued an apology on his Twitter account. He proposed to his long-time girlfriend Lara McWhorter in June 2022.
with social network
with social network