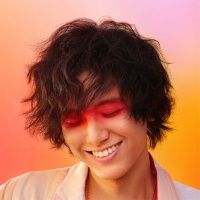 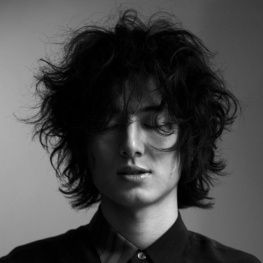 MO-EH-YO
28
Fujii Kaze (藤井 風) is a Japanese singer-songwriter and musician under Universal Sigma. Raised in Satosho, Okayama in Japan, he began uploading covers to YouTube since the age of 12. He released his first studio album, Help Ever Hurt Never in 2020, which reached number one on the Billboard Japan Hot Albums chart and number two on the Oricon Albums Chart.

Early musical beginnings
Kaze Fujii was born in 1997 in Satosho in Okayama, Japan, and has one older brother and two older sisters. As a child, he listened to all kinds of music such as jazz, classical music, pop, and enka. Starting at 12 years old, Fujii uploaded various piano and vocal cover videos on his personal YouTube channel, amassing more than 30 million views. During his high school years, he suspended uploading to focus on his musical studies; he returned to YouTube after he graduated. In early 2019, he moved to Tokyo.

2019–2021: Major label debut, Help Ever Hurt Never
Fujii released his debut single, "何なんw (WTF)" on November 18, 2019, and his second single, "もうええわ (Mo-Eh-Wa)" on December 24. Each single was re-released digitally with its own extended play, with each EP including cover songs that can only be downloaded on Apple Music.

One-man live performances in the form of Nan-Nan Show 2020 were scheduled for April 4 and 26 at Zepp Namba and Zepp Tokyo respectively, but were cancelled due to the COVID-19 pandemic.

Fujii released his first studio album Help Ever Hurt Never on May 20, 2020, and reached number one on the Billboard Japan Hot Albums chart. He also announced his first national hall tour, which consists of 12 performances in 11 cities from December 25, 2020, to January 31, 2021.

In August 2020, he became the first Japanese to be a YouTube's Artist on the Rise.

Immediately after Fujii Kaze "Nan-Nan Show 2020" Help Ever Hurt Never at Nippon Budokan, Fujii released two new singles: "Hedemo Ne-Yo" and "Seishun Sick" on October 30. Each single was released digitally with its own extended play and selection of cover songs.

In April 2021, "Kirari" was released and is used in a TV ad for Honda Vezel (HR-V). The song led to an explosion of his popularity internationally, debuting at number one on the Billboard Japan Download Songs chart.

in August 2021, Fujii was named one of the most exciting musicians around the world by GQ.

Fujii released his second studio album, Love All Serve All, on March 23, 2022.

Artistry
Fujii's music has been described as "fresh yet familiar", with clear influence stemming from the western music he grew up with. His vocals are "reminiscent of Japan’s kayōkyoku pop standards", making his music also distinctly Japanese.
with social network
with social network