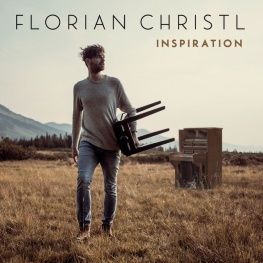 Inspiration
97
Florian Christl is an autodidactic 21st century German contemporary classical composer, pianist, and arranger. His passionate, melodic compositions reflect the beauty of nature and inner emotions. His style can rightly be called "classical crossover," and his music sounds right at home in the crossroads of 21st century "new classical" composers such as Max Richter and Yann Tiersen, and the cinematic sound of the late Johann Johansson.

Though Christl never formally studied piano or composition, he did take piano lessons from his sister beginning at age six. The instrument became an obsession, and he spent every spare moment practicing and playing. He did attend a musical high school that never really forced him to conform, but did gain the tools necessary to begin composing on his own. He told an interviewer, "I do not want to be forced into a schematic grid of theoretical music theory, because I think that I would lose the freedom in my compositions." Though he loved the music of Beethoven and Vivaldi, he was also deeply enamored with the music of Michael Jackson during his youth. Upon graduation he studied media technology and media production at the Ostbayerische Technische Hochschule (OTH) in Munich. He was lucky enough to land a work study program as a student trainee with Sony Music. One of his colleagues was so impressed by his music that she used some of his demo compositions for a presentational video and in a Filtr playlist. Sony Classics was equally impressed, and signed the young composer. The label slowly nurtured him. He formed his own chamber ensemble in 2013 and produced and performed numerous concerts of his music solo and with strings. In 2017, Sony digitally released a collection of his demos as My Piano Sketches. Late in the year he began recording his proper album debut, Inspiration, on which he performed solo on half the album and with his ensemble for the rest. He shot a video for its first single, "Fly," in the Austrian Alps. With the help of a VW minibus, he hauled his old piano into the mountains for the shoot. The track topped various digital charts in February, paving the way for the album's critically acclaimed release in March.