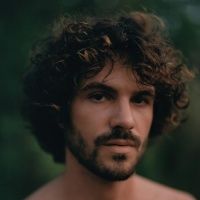 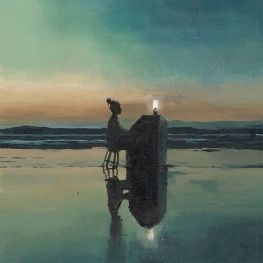 Ylang Ylang
75
Vincent Fenton (born March 26, 1990), known professionally as French Kiwi Juice or the abbreviation FKJ (sometimes stylized Fkj), is a French multi-instrumentalist, singer, and musician from the city of Tours. He is known for his solo live performances, where he does live loopings through Ableton and showcases his multi-instrumentalist skills. His self-titled debut album, French Kiwi Juice, was released on March 3, 2017.

FKJ has performed at music festivals including Coachella, Euphoria, CRSSD, Lollapalooza, and Lightning in a Bottle.

FKJ has been described as a "pioneer" and "one of the flag bearers" of the new New French House genre. He was originally trained in sound engineering for film at a film school.

FKJ achieved significant public attention after the release of the fully improvised song "Tadow" and accompanying studio recording in 2017. He improvised the song with fellow musician Masego, during a day-long recording session that took place just after the musicians met each other.

In April 2017, FKJ announced that he was performing at the 2017 Coachella Valley Music and Arts Festival at the Do Lab Stage.

FKJ was born on March 26, 1990 to a mother from France and a father from New Zealand. From a young age, he immersed himself in music from his parents' libraries, including "English rock, Queen, Pink Floyd, The Police... '70s rock, Led Zeppelin... some jazz or Nina Simone, Billie Holiday, Miles Davis... a little bit of French music, but not too much, like Serge Gainsbourg."