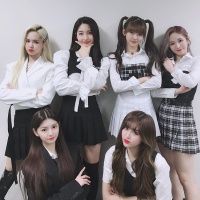 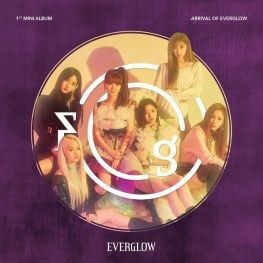 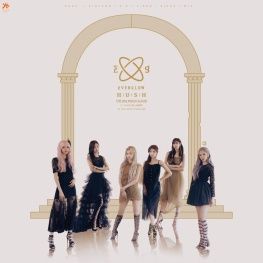 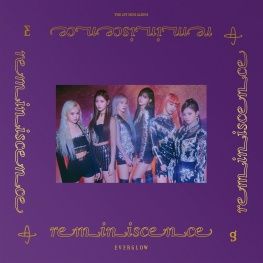 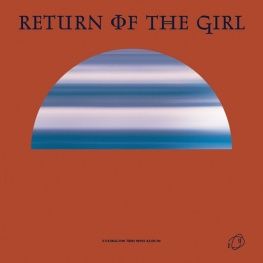 Return of the Girl
74
Everglow (Korean: 에버글로우; RR: ebeogeullou, stylized in all caps) is a South Korean girl group formed by Yuehua Entertainment. The group is composed of six members: E:U, Sihyeon, Mia, Onda, Aisha, and Yiren. Everglow debuted on March 18, 2019, with the single album Arrival of Everglow.

Pre-debut activities
Sihyeon competed in the first season of Mnet's reality television competition Produce 101 in 2016. She finished in 40th place and subsequently signed with Yuehua Entertainment. Sihyeon and Yiren competed in Produce 48 but were eliminated in the eleventh episode, finishing in 27th and 28th place, respectively.

Onda, under the name Jo Se-rim, competed on Mnet's reality television competition Idol School in 2017. She was eliminated in the fourth episode, finishing in 40th place.

On February 17, 2019, Yuehua Entertainment revealed that they would debut a new girl group named Everglow. The group's official Instagram and fan cafe opened on February 18. The company revealed the members of the group through the "Crank in Film" series on Stone Music Entertainment's YouTube Channel. Everglow's concept photos were released on March 8.

2019: Debut with Arrival of Everglow and Hush

On March 18, Everglow released their first single album, Arrival of Everglow, with the lead single "Bon Bon Chocolat". The song was co-written by American singer and songwriter Melanie Fontana, who previously wrote for groups such as boy band BTS and singer Tiffany Young. Member E:U also participated in co-writing the track "Moon". The group had their debut stage on March 21 on Mnet's music program M Countdown. Everglow enjoyed commercial success with their releases; Arrival of Everglow debuted and peaked at number six on the Gaon Album Chart, selling more than 23,000 copies as of September 2019, while "Bon Bon Chocolat" debuted and peaked at number five on the Billboard World Digital Song Sales Chart, selling 5,000 copies in the US as of August.

On August 19, the group released their second single album Hush with lead single "Adios". The music video for "Adios" received over 100 million views by August 2019. Due to their commercial success, on September 24, Everglow won their first music program award on The Show.

2020: Reminiscence and -77.82X-78.29
On February 3, the group released their first extended play (EP) Reminiscence with lead single "Dun Dun". The song marked Everglow's first appearance on one of Gaon's single charts, reaching number 63 on the Download Chart, while the EP debuted at number four on the Album Chart and sold over 27,000 copies in the first month of release. The music video for "Dun Dun" has over 242 million views to date. On January 21, it was announced that Everglow would embark on the Everlasting Tour in USA, beginning in Dallas, Texas on March 6. Everglow were scheduled to perform in five different cities in the United States, these being Dallas, Atlanta, Chicago, Jersey City and Los Angeles. However, due to concerns of the coronavirus outbreak, their sold-out Los Angeles show was cancelled.

The group's second extended play, -77.82X–78.29, was released on September 21, alongside the lead single "La Di Da" and three other songs, "Untouchable", "Gxxd Boy" and "No Good Reason". "La Di Da" was co-written by member E:U. The group's concept photos were released along with their schedule for promotions.

On December 1, Yuehua Entertainment confirmed that Sihyeon and Yiren had tested positive for COVID-19.

2021–present: Last Melody and Return of the Girl
On January 9, 2021, Yuehua announced that Yiren and Sihyeon would resume activities after finally testing negative for COVID-19.

On May 25, 2021, the group released their third single album Last Melody with lead single "First". Their comeback concept was described as "warriors from the future". During the group's showcase for Last Melody, it was announced that the leadership role of the group, originally held by E:U, had been transferred to Sihyeon. On June 5, "First" entered the Billboard's World Digital Song Sales chart at number five along with their two additional singles, "Don't Ask Don't Tell" and "Please, Please", which peaked at numbers 20 and 21, respectively. On June 1, 2021, the group won their second music program trophy on The Show with "First".