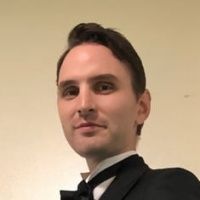 To the Ends of Our World
Violet Evergarden
Evan Call

The Love That Binds Us
Violet Evergarden
Evan Call

The Birth Of A Legend
Violet Evergarden
Evan Call

The Stench Of Fear And Hatred
Violet Evergarden
Evan Call

What it Means to Love
Violet Evergarden
Evan Call
Pages: 1 2 3 Next 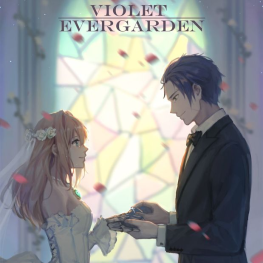 Violet Evergarden
116
Evan Call (born June 29, 1988) is an American composer and arranger working in Japan. He has composed music for multiple anime series such as Tokyo ESP, Violet Evergarden, and Appare-Ranman!. Call is affiliated with the Japanese agency Miracle Bus, and was previously a member of the musical group Elements Garden.

Evan Call was born in California on June 29, 1988. As a teenager, Call was diagnosed with occipital neuralgia and had to take a break from going to school. During that time, he learned to play the guitar and took lessons about bluegrass music from a local teacher. Call later made a friend in his hometown who taught him about Japanese anime and video games, which prompted him to start composing orchestral music. He joined the choir club when he entered high school. After graduating, Call enrolled at the Berklee College of Music, where he majored in film scoring.

After graduating from college, he debated if he should pursue a career in film music in Hollywood. In the end, he decided to move to Japan on a tourist visa in order to work in the anime and game industry. Three months after his arrival, he was introduced to Junpei Fujita, a music creator working at Elements Garden. After an interview with Fujita and a review of his music portfolio, he joined Elements Garden and began composing music in Japan in 2012, where he gained attention for his grand arrangements and impressive symphonic music. After his employment, Call was introduced to Yōta Tsuruoka, a sound director at Kyoto Animation. Alongside Tsuruoka, Call began composing the soundtracks for the anime series Tokyo ESP and Violet Evergarden. Call would continue to compose soundtracks for other anime series and films such as Josee, the Tiger and the Fish.