Spring (It's a Big World Outside)
Stardew Valley
Eric Barone

The Wind Can Be Still (Winter)
Stardew Valley
Eric Barone 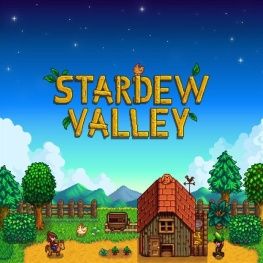 Early life and education
Barone was born in Los Angeles and spent his childhood in Auburn, Washington, a suburb in the Seattle metropolitan area. He cites the Harvest Moon series as his favorite as a child. He attended the University of Washington Tacoma and graduated in 2011 with a degree in computer science. Barone had practiced basic programming but did not consider making video games as a career. Unable to find employment after graduating college, he initially began developing Stardew Valley in order to practice programming in C#, and planned to put the game on his resume for potential employers.
with social network
with social network