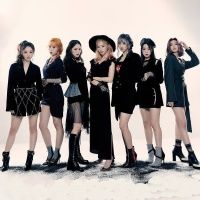 MAISON
Apocalypse: Save Us
Dreamcatcher

And There Was No One Left
The End of Nightmare
Dreamcatcher

Wonderland
Alone In The City
Dreamcatcher Alone In The City
47 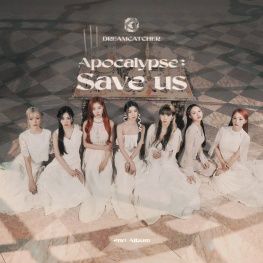 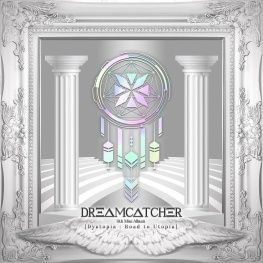 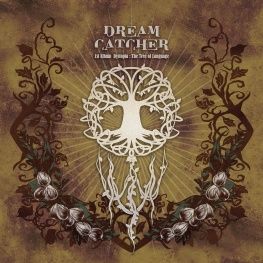 Dystopia: The Tree of Language
48 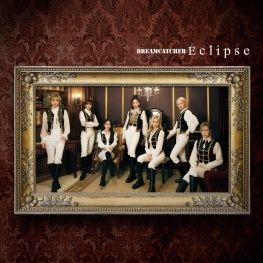 Eclipse
46
Nightmare·Fall asleep in the mirror
51 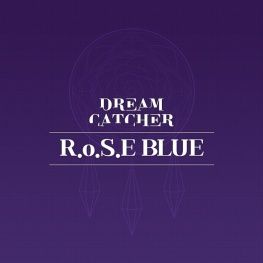 Dreamcatcher originally debuted under the name MINX, releasing the single "Why Did You Come to My Home" on September 18, 2014 with a five-member lineup of JiU, SuA, Siyeon, Yoohyeon, and Dami. That December, they released the holiday single "Rockin' Around the Christmas Tree" with girl group Dal Shabet. They released the EP Love Shake, their last release as MINX, in July 2015. In November 2016, the group announced that they would re-debut in 2017 under the new name Dreamcatcher with two new members, Handong and Gahyeon.

The group has come to be recognized as "The face of rock in K-pop" by Rolling Stone India magazine.

In July 2015, Minx released their first EP, Love Shake, with a lead single of the same name. The single was promoted as a "joyous song" that "goes well with summer", a remake of the song "Love Shake" from labelmate Dal Shabet's Bang Bang album. On the same day, Minx held a press showcase at Ellui, a club in Seoul. They performed their first comeback stage on The Show on June 30 and Show Champion on July 1.

2017: Re-debut as Dreamcatcher and Prequel
In November 2016, Happyface Entertainment revealed that Minx would re-debut under the name Dreamcatcher with two additional members, Handong and Gahyeon. The group re-debuted with the release of their single album Nightmare and its lead single "Chase Me" on January 13, 2017. On January 19, they held an official debut stage at M Countdown with "Chase Me".

On April 5, Dreamcatcher released their second single album Fall Asleep in the Mirror with lead single "Good Night". The song was covered by all-female rock band Rolling Quartz in 2022.

Dreamcatcher released their first EP under their new name, Prequel, on July 27. The album contained six tracks, including lead single "Fly High". The album debuted at number five on the Billboard World Albums Chart and peaked at number one on the US iTunes K-Pop Top 100 Chart. On August 1, Happyface Entertainment announced that Dreamcatcher would hold their first world tour after wrapping up promotions for Prequel.

On April 28, Dreamcatcher were appointed public relations ambassador for copyright protection for Microsoft's latest Blockchain Security Technology commercialization and copyright protection campaign. On May 10, Dreamcatcher released their second EP, Escape the Era. Their second EP had six tracks, including the lead single "You and I" and its instrumental version. Escape the Era's Outside and Inside versions ranked numbers one and three, respectively, on Hanteo's album chart and peaked at number three on Gaon and number one on China's Yinyuetai. It debuted on the Billboard World Albums chart at number seven. The group announced a Latin American tour on May 17, 2018, called "Welcome to the Dream World in Latin America", which kicked off on July 27 in Buenos Aires, Argentina and ended on August 5 in Panama City, Panama. On July 15, Dreamcatcher signed with Pony Canyon to make their Japanese debut in the fall.

Their third EP, Alone in the City, was released on September 20, 2018. On October 5, it was announced that Dreamcatcher would be debut in Japan in November with a Japanese version of their single "What", scheduled for release on November 21.

2019: Touring, first Japanese studio album and breakthrough
On February 13, Dreamcatcher released their fourth EP, The End of Nightmare. The album culminated in their new single "PIRI", which showcased Dreamcatcher's signature rock acoustics and incorporation of music from its namesake musical instrument. On the same day, Dreamcatcher's agency, Happyface Entertainment announced that they had changed their name to DreamCatcher Company. After promotions of "PIRI", Dreamcatcher went on their Asia Tour "Invitation from Nightmare City", which was announced to be held in numerous cities—Jakarta, Manila, Singapore, Seoul, and Japanese cities Tokyo and Kobe—from March to May 2019. However, due to undisclosed reasons, the concert stop in Jakarta was later canceled; instead, a short fan meeting was held. On July, 3 more shows were announced as part of the "Invitation From Nightmare City" tour, including Australian cities Melbourne and Sydney and Kuala Lumpur, Malaysia. Concerts were to take place from late August to early September. Unfortunately, due to a fire occurring at the theater on August 31, Dreamcatcher canceled their Melbourne stop. On August 31, Dreamcatcher announced the official first-generation membership for their fanclub "InSomnia". Both Korean and Japanese fanclub applications opened on September 2 for one month.

In early September, Dreamcatcher released a series of photos teasing a new release. A comeback scheduler was unveiled later, confirming the release of a new special EP, Raid of Dream. On September 11, the group released their first Japanese studio album titled The Beginning of The End, which includes Japanese versions of most of their lead singles and two new Japanese singles. The music video for the track "Breaking Out" was released two days prior to the album release, and Dreamcatcher held a showcase to promote and perform the new Japanese songs broadcast on LINE Live. Together with the release of Dreamcatcher's Korean comeback album Raid of Dream, the music video of their new Korean song "Deja Vu" was unveiled on September 18. A Japanese version of the song was also uploaded simultaneously. The song was a collaboration with the mobile game 'King's Raid'.

After "Deja Vu" promotions, Dreamcatcher embarked on their second European tour in London (October 24), Milan (October 27), Berlin (October 30), Warsaw (November 1), Paris (November 3), Amsterdam (November 5), and Helsinki (November 7). Thereafter, the group also held their first ever tour in the United States, where they performed in Los Angeles (December 6), Chicago (December 8), Dallas (December 11), Orlando (December 13), and Jersey City (December 15). Handong was absent from both Europe and America tours due to at the time unspecified reasons, later revealed to be her participation in Idol Producer.

2020: Handong's temporary absence, first Korean studio album and international recognition
On February 3, Dreamcatcher revealed their teaser schedule for their first Korean studio album. The album—Dystopia: The Tree of Language—was released on February 18 with the music video for the uptempo EDM-rock song "Scream". The album featured eight new songs, packaged with Dreamcatcher's previous two fan songs "Full Moon" and "Over the Sky", as well as Siyeon's solo debut song "Paradise". The album was the first part of the "Dystopia" series and the group's first album since 2017. Dreamcatcher's third Japanese single, "Endless Night", was released on March 11, after its official music video was released a week earlier via Pony Canyon's YouTube channel. On March 12, Dreamcatcher announced support for Handong's participation in the Chinese Idol-producing show Youth With You. From March 20, Dreamcatcher held a two-week-long follow-up promotion on "Black or White", a song from their first studio album, days after promotions for "Red Sun" and "Scream" ended in the second week of March.

On May 1, Millenasia Project announced that Dreamcatcher, alongside Korean boy group In2It and female soloist AleXa, would feature in their song "Be The Future". The project, supported by UNESCO's Global Education Coalition, emphasized the importance of maintaining good hygiene practices and expressed gratitude to teaching staff worldwide for their continued efforts in educating students during the COVID-19 pandemic. The music video of the song was released on May 6.

As part of an ongoing collaboration with MyMusicTaste, Dreamcatcher performed a six-member concert, called "Global Streaming Into The Night & Dystopia", on July 4, the group's first online concert for a global audience.

On July 8, Siyeon released the OST track "Good Sera" for the drama Memorials, her second after her Love & Secret OST collaboration "Two of Us" in 2014.

On July 30, the group revealed a teaser schedule for their fifth EP, the second installment of the "Dystopia" series. The EP Dystopia: Lose Myself was released on August 17 and became their best selling album to date. The music video for the track "BOCA" from the EP was released on August 18. On October 16, Handong officially returned to the group and released her solo debut song, "First Light of Dawn", on October 19. On November 9, Dreamcatcher officially joined the social media platform Weverse.

On November 20, Dreamcatcher released their fourth Japanese single "No More". On November 21, Siyeon released her third OST track "No Mind" for the drama Get Revenge.

On November 27, Dreamcatcher announced that they would be performing the opening theme song for anime television series King's Raid: Successors of the Will, titled "Eclipse". The song was released on December 25, and a full version was released in March 2021.

2021–present: Dystopia: Road to Utopia, Summer Holiday and Apocalypse: Save Us
With the third installment of the "Dystopia" series, the group announced their new comeback with their sixth EP, Dystopia: Road to Utopia and its lead single "Odd Eye", which was released on January 26, 2021. Dami and Siyeon released an OST for the drama Black Hole in two versions; the original debuted at number one on K-OSTs chart and number five on the rock genre charts.

On July 1, 2021, Dreamcatcher announced their management contract with Pony Canyon would end on August 31.

On July 30, 2021, Dreamcatcher made their comeback with the song "BEcause" and the special EP Summer Holiday.

On April 12, 2022, Dreamcatcher released their second Korean studio album Apocalypse: Save Us and its lead single "Maison". On April 20, the group earned their first music show win of their career with "Maison" on MBC M's Show Champion. On April 26, Dreamcatcher wrapped up their promotions with their goodbye stage performance on SBS MTV's The Show, where they earned their second music show win.

On June 4, Dreamcatcher traveled to Barcelona, Spain to perform at the 2022 Primavera Sound Festival.

On June 16, 2022, it was announced that Dreamcatcher will host the Apocalypse: Save Us World Tour in America, which will host a world tour through nine regions, including Pennsylvania, Louisville, Chicago, Minneapolis, Denver, San Francisco, Los Angeles and Mexico City.