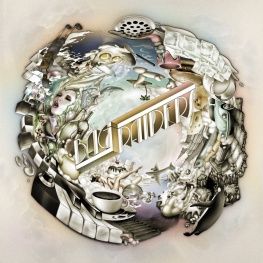 Bag Raiders
37
Bag Raiders are an Australian electronic music duo founded in 2006 by Jack Glass and Chris Stracey. They play keyboards, drums, and act as vocalists, producers, and remixers, with Stracey additionally playing guitar, violin and piano. They also write and produce other artists' work. In 2009, they were rated at number 11 on the Inthemix poll of Australia's top 50 DJs.

In October 2010, they released their self-titled debut album, which peaked at number 7 on the ARIA Albums Chart and received a J Award album of the year nomination. The album's song "Shooting Stars" renewed the band's popularity seven years after its release, when it began being used as part of a popular Internet meme.

Both classically trained musicians, Jack Glass and Chris Stracey met in the Cranbrook School, Sydney orchestra practice room with Glass a year ahead playing piano and cello, and Stracey playing violin, guitar and clarinet. In 2005, the pair reconnected and started mixing hip-hop and 1970s rock music CDs, their musical inspirations include Earth, Wind & Fire, The Brothers Johnson, 808 State and Orbital. Bag Raiders as an alternative dance band was then founded in 2006.

The duo first gained traction in with the release of their 2008 EP "Turbo Love". The EP's title track became one of the year's most played songs on Triple J, Australia's foremost national radio station. During this time Bag Raiders were making a slew of remixes some of which gained a lot of popularity on the internet. Their remix of "B.T.T.T.T.R.Y." by the artist K.I.M. ended up being included in the Grand Theft Auto IV soundtrack

Bag Raiders released their self-titled debut studio album, Bag Raiders, on 1 October 2010, charting at No. 7 on the ARIA Albums Chart. Their track, "Shooting Stars" was listed at No. 18 in the Triple J Hottest 100 of 2009. In the next year's list, "Way Back Home", reached No. 46. The second single "Way Back Home" debuted at No. 77 on the ARIA Charts on 29 August 2010, it charted at No. 38 on the official German Singles Chart on 6 June 2011 after being used in the German Vodafone TV advertisement and later rose to its peak No. 19. A third single featuring Dan Black, "Sunlight", was released to Australian radio in November 2010. In February 2011 it peaked at No. 84 on the ARIA Top 100.
with social network
with social network