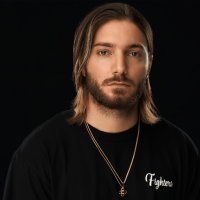 Heroes (We Could Be)
Future Trance 71
Alesso, Tove Lo
Forever
32 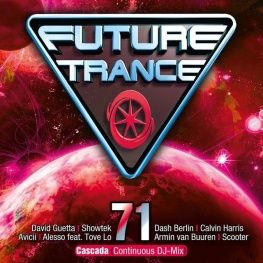 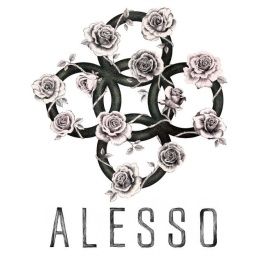 I Wanna Know
30
Is That For Me
35
Alessandro Renato Rodolfo Lindblad (born 7 July 1991), better known by his stage name Alesso (Italian pronunciation: [aˈlɛsso]), is a Swedish DJ and music producer.

Pre-2013: Career beginnings
Lindblad was born in Stockholm, and is of Swedish and Italian descent. He started playing piano at age 7, but became interested in Electronic Dance Music when he was 16. He first gained recognition with the release of his Alesso EP in 2010. In early 2011, Sebastian Ingrosso of Swedish House Mafia contacted Alesso and asked if he wanted to work together. Ingrosso introduced him to DJing and helped him with the production of tracks.

Since that time, Ingrosso has acted as a mentor for Alesso, who referred to the elder Swede as a "big brother."

Despite having learned to DJ in 2011, Alesso made his debut on DJ Magazine's list of the top 100 DJs at number 70 in that same year.

One of the first songs Alesso produced with Sebastian Ingrosso was a 2011 track named "Calling" that reached number 2 on the Beatport charts. The song would later be renamed "Calling (Lose My Mind)" with an additional feature from Ryan Tedder. Alesso's 2011 remix of "Pressure" by Nadia Ali premiered at the #1 spot on The Hype Machine and was one of the most played EDM songs of 2011.

From that point on, his popularity continued to rise. MTV named him one of the "EDM Rookies to Watch in 2012", and he recorded a BBC Radio 1 Essential Mix in March 2012. He played for a crowd of 60,000 at Creamfields, and accompanied Madonna on her MDNA World Tour at select European shows. By the end of 2012, Alesso had released another original mix called "Years" featuring Matthew Koma that performed well in the United Kingdom. He was ranked 20th on the list of the top 100 DJs of 2012 by DJ Magazine.

By 2013, Alesso had played at music festivals like Coachella, Electric Daisy Carnival, Ultra Music Festival, and Tomorrowland. He released a remix of "If I Lose Myself" by OneRepublic that was nominated for Grammy and garnered almost a million listens on SoundCloud in a relatively short time. In a collaboration with Calvin Harris and Hurts, Alesso released "Under Control" which racked up 88 million views. In 2013, he achieved his highest ranking on the list of the top 100 DJs at number 13.

2014–2015: Def Jam Records and Forever
In July 2014, Alesso signed with Def Jam Recordings, becoming only the second EDM producer to sign with the label (after Afrojack). He debuted a new track called "Tear the Roof Up", which was named a "Future Exclusive" by Zane Lowe. The music video for "Tear The Roof Up" was released exclusively through SnapChat in September 2014. He embarked on his "Heroes Tour", named after his single "Heroes (We Could Be)" featuring Tove Lo.

During the tour, Alesso teamed up with Chime for Change, a global charity that seeks to "improve the lives of women around the world." Alesso's involvement with the charity has raised over $50,000 as of October 2014. His debut studio album was originally set to be released in the first quarter of 2015, but was later released on 22 May 2015. It includes both "Heroes (We Could Be)" and "Tear the Roof Up".

2016–present: Standalone singles
On 30 September 2016, his new version of "I Wanna Know" featuring Taiwanese singer Jolin Tsai was officially released. Alesso and Tsai closed International Music Summit with a discussion of what it takes to bridge the gap between East and West in electronic music. On 1 October 2016, Alesso and Tsai performed the single "I Wanna Know" and a remix version of Tsai's hit "Play" together at the Storm Music Festival in Shanghai. On 4 October 2016, it was announced that Alesso would be releasing a new version of the song "Years", collaborating with K-pop band Exo's member, Chen. The song was released on 7 October through SM Station. On 7 October 2016, Alesso premiered a new single, co-produced by Dillon Francis, called "Take My Breath Away" during Ultra Music Festival Taiwan. The single was later released on 21 October 2016.

In 2018, Alesso went on his European Tour, highlighted by his closing performance at the Tomorrowland festival in Belgium. To celebrate the 10th anniversary of Electric Zoo later that year, Alesso is invited to be the headliner along with Tiesto.

In August 2018, Alesso performed on ABC's Good Morning America's summer concert series where he debuted his new single, "Remedy". The concert was held in New York City's Central Park while Alesso was joined by singer Conor Maynard for the song's performance. Remedy reached number one on the US Dance Airplay chart.

In October 2018, Alesso played three back to back sold-out shows at the Hollywood Palladium in Los Angeles. Previously in the year he also performed shows in Brooklyn and San Francisco.

Alesso's final single release of 2018 was "Tilted Towers", made in partnership with video game streamer Ninja and was debuted live on Twitch where it was watched by over fifty thousand fans. The song's name is based on a popular map in the video game Fortnite, which Alesso and Ninja live streamed playing together to promote the track's release.

He was also featured in Netflix's 'Vai Anitta' docu-series, which follows the life of fellow Shots Studios' superstar, Anitta (singer). An episode of the series focuses on their collaborative single "Is That for Me" and the subsequent music video shot in the Amazon jungle.

Alesso finished off his year with a New Year's Eve performance at Miami's Fontainebleau Resort. He co-headlined the show with Colombian reggaeton star J Balvin where the two played at the venue's poolside.

On 29 January 2019 it was announced that Alesso will perform at the Indy 500 Snake Pit on 26 May 2019, along with Skrillex, Illenium, and Chris Lake. Previous performers have included: Axwell Λ Ingrosso, deadmau5, Diplo, GRiZ, Zedd, Marshmello, Martin Garrix, Steve Aoki, Kaskade, Hardwell, Dillon Francis, and Zeds Dead. On 22 February 2019 he performed at the concert Venezuela Live Aid alongside influencers Lele Pons and Juanpa Zurita to help raise funds to fight Venezuelan humanitarian crisis.