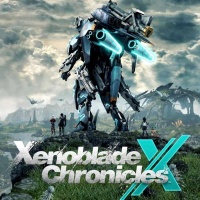 THEMEX
Xenoblade Chronicles X
Hiroyuki Sawano
Xenoblade Chronicles X is unconnected to any previous game in the Xeno series, although there are thematic and aesthetic references. After Earth is caught in the crossfire of an alien war, humanity escapes on spaceships — only a few ships make it off the planet, one of them being the White Whale, containing the city New Los Angeles (NLA). The game takes place on Mira, an uncharted world far away from Earth where the White Whale crash-lands: NLA becomes the center of human activity and commerce. Mira is divided into five continents — Primordia, which has the most Earth-like environment; Noctilum, covered by forests and filled with bioluminescent lifeforms; Oblivia, dominated by desert and ancient ruins; Sylvalum, a pale landscape clouded in mist and dominated by large plants and rock formations; and Cauldros, a volcanic land controlled by the Ganglion.

The main character is a player-created avatar whose body type, appearance, and voice can be chosen from a variety of options. The avatar becomes a member of BLADE (Builders of the Legacy After the Destruction of Earth). Joining the avatar on their missions is Elma, the leader of BLADE and Colonel of NLA's Skell forces; Lin Lee Koo, BLADE's engineer and a girl genius who created and maintains NLA's Skell mechs; and Lao Huang, a former US Army officer with a cool exterior.
with social network
with social network