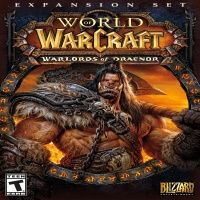 World of Warcraft: Warlords of Draenor

Grommash Hellscream
World of Warcraft: Warlords of Draenor
Neal Acree
The expansion allows players to level up to 100, an increase from the cap of 90 in the previous expansion Mists of Pandaria. It initially included eight 5-man dungeons and one raid, Highmaul, that opened in early December 2014. There was also a rebalancing of raid difficulty by the addition of a new difficulty called Mythic, which became the hardest version of the raid system that requires exactly 20 players. The easiest is 25-player raid finder (or "Looking For Raid"), and flexible raiding was expanded to include normal and heroic difficulty, allowing groups to range from 10 to 30 players, with the enemies scaling dynamically depending on the raid size. Players are able to build and upgrade their own garrison, a personal area in which they can recruit non-player characters (NPC) to carry out missions to earn the player or NPC experience and items. The garrison is assembled from the individual buildings like stables or armories, increasing their size and modifying their appearance. The Blackrock Foundry raid was opened in February 2015. The 6.2 patch in June 2015 introduced the third and final raid of the expansion, Hellfire Citadel.

The development team made a number of changes to the player versus player (PvP) aspects of the game. They altered the way that PvP items behave when players fight, reducing crowd control abilities, and added a new PvP-focused island area called Ashran containing various objectives and battles for players to participate in.

The proving grounds were updated for Warlords of Draenor. In order to queue in random matchmaking for a heroic dungeon, a silver medal from the proving grounds is required for the desired role. However, if a full premade group is used instead of matchmaking, the medal requirement does not apply. Challenge modes and the pet battle system were also updated to work within the new content.

The player stats of hit, expertise, dodge, and parry were removed from new items and new tertiary stats were added to give additional movement speed, reduction in area of effect damage taken, indestructible (item does not need to be repaired) or leech (converts a portion of damage and healing into self healing).

Some item drops can randomly be upgraded. For example, quest rewards have a chance of being upgraded to rare or epic quality. Raid loot and heroic/mythic dungeon loot has chance to randomly gain tertiary stats, a bonus socket and/or an additional item level upgrade called "warforged", and baleful gear can proc "empowered" to gain additional item levels from 5 to 45, up from the 650 base item.
with social network
with social network