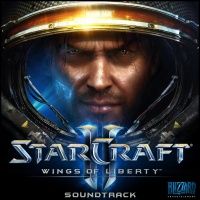 The Wings of Liberty campaign contains several missions with unique features, such as lava that floods the battlefield every five minutes, forcing the player to move their units to high ground before they are destroyed. In another mission, enemy units attack the player only at night, forcing the player into a form of siege warfare. In one mission, the player must use a single unit to influence the tide of an AI-controlled battle. Between missions, players can choose units, buildings, and upgrades that are not available in the multiplayer missions.
with social network
with social network