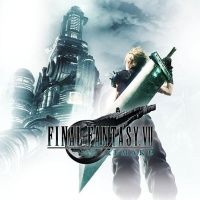 Advent Children takes place two years after the events of Final Fantasy VII and focuses on a trio's appearance that kidnaps children infected with an unexplained disease. Final Fantasy VII hero Cloud Strife, suffering from the same disease, goes to rescue the children. He discovers that the trio plan to resurrect the villain Sephiroth using the remains of the extraterrestrial villain Jenova, and he and his compatriots from the game fight to stop them. The film's voice acting cast includes Takahiro Sakurai, Ayumi Ito, and Toshiyuki Morikawa in Japanese, and Steve Burton, Rachael Leigh Cook, and George Newbern in English.

The film has been released in multiple versions; Final Fantasy VII: Advent Children Complete, released on Blu-ray Disc in 2009, is the last version and adds 26 minutes of new and expanded scenes to the 101-minute original. The film has received mixed reviews. Critics have praised its animation and CGI work. Still, the plot has been criticized as incomprehensible to viewers who did not play Final Fantasy VII and a thin connection between action scenes. It received the "Maria Award" at the Sitges Film Festival in 2005 and the "Best Anime Feature" at the 2007 American Anime Awards. The original release was one of the best-selling animated movies in Japan and the United States in its release year. The Complete release was noted as driving a large increase in sales of the PlayStation 3 console in its release week. By May 2009, the DVD and Universal Media Disc releases had sold over 4.1 million copies worldwide.
with social network
with social network