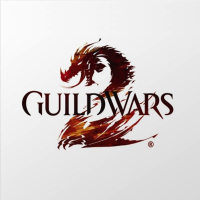 Fear Not This Night
Guild Wars 2
Jeremy Soule
Guild Wars 2 takes place in the high fantasy world of Tyria, 250 years after the players' defeat of the Great Destroyer in the Eye of the North expansion. Five 'Elder Dragons' sleeping beneath the continent have awoken in the time since Guild Wars, causing widespread destruction to Tyria and corrupting its inhabitants. The once dominant humans of Tyria are in decline, supplanted from most of their land by natural disasters and war with the Charr, who have finally reclaimed the last vestiges of their ancestral homeland of Ascalon from the humans. To the north, the Norn, a proud race of Nordic hunters, have been forced south by the rise of Jormag, the elder dragon of ice. In the west, the technologically advanced Asura have been forced to establish permanent homes above-ground after the minions of the first dragon to awaken, Primordus, took control of the Depths of Tyria. Near the forests where the Asura make their home are the Sylvari, a new race who have appeared in Tyria in the last 25 years, unaffected by the difficulties that plague the other races but with some as yet unexplained connection to the Elder Dragons.

To the south, the continent of Cantha has been cut off by an isolationist and xenophobic political climate, which is reinforced by Zhaitan's undead navy. The continent of Elona, too, has been cut off; the only hint of its continued prosperity being the ongoing battle between the lich Palawa Joko's Mordant Crescent and Kralkatorrik, the crystal dragon in the Crystal Desert, as well as occasional spy reports from the secretive Order of Whispers. The Battle Isles have been wiped off the map entirely by the tidal wave caused by the re-emergence of the fallen kingdom of Orr, which came with the awakening of Zhaitan.
with social network
with social network